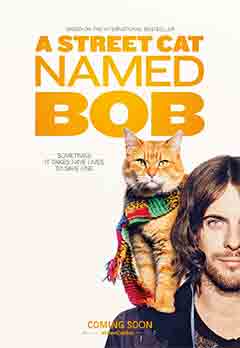 When London busker and recovering drug addict James Bowen (Luke Treadaway) finds an injured ginger street cat he calls Bob he has no idea just how much his life is about to change. A moving and uplifting tale that will touch the hearts of everyone. The international best-selling book by James Bowen can also be found in the Library.