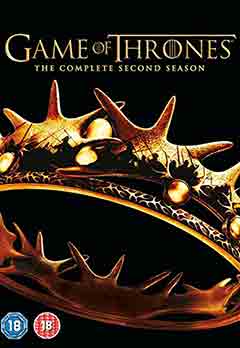 Epic fantasy series that’s built a huge following among fans of the genre. Seven series made so far, with two in the Library so far. It’s heavy on sex, nudity and violence – you have been warned.