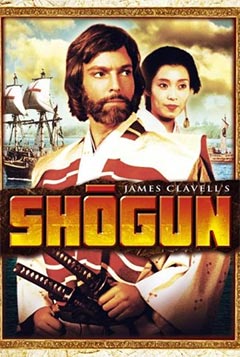 AN ENGLISH navigator becomes both a player and pawn in the complex political games in feudal Japan. John Blackthorne, an English ship pilot, whose vessel wrecked upon the Japanese coast in the early 16th century, is is thrown in the midst of a war between Toranaga and Ishido, who struggle for the title of Shogun, which will give ultimate power to the one who possesses it.