KEN FISHER, Library President and leader of the popular Tenerife History Group has produced a series of articles on some of the extraordinary 19th century figures who set out to explore Tenerife and, in some cases, to scale the heights of Mount Teide when the island’s upper reaches were still wild and untamed.

They were variously scientists, explorers, botanists or just plain and simple adventurers, though they all shared the same passion and thirst for unlocking the mysteries of the world around them.

Find the articles at https://englishlibrarytenerife.org/category/tenerife-adventurers/

Under normal circumstances, the Tenerife History Group meets on Thursdays mornings between 11am and 12.30pm.

Discover more about us on Facebook and TripAdvisor. You will find us at Calle Irlanda 5, Parque Taoro, Puerto de la Cruz (behind the old British School of Tenerife). Telephone: 922 383098.

DECEMBER 2020 – NEW ARRIVALS. These books are now available for borrowing. 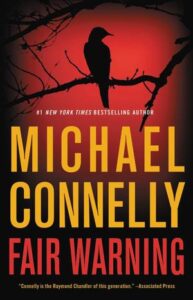 The hero of The Poet and The Scarecrow is back in this thriller from #1 New York Times bestselling author Michael Connelly. Jack McEvoy, the journalist who never backs down, tracks a serial killer who has been operating completely under the radar–until now. Veteran reporter Jack McEvoy has taken down killers before, but when a woman he had a one-night stand with is murdered in a particularly brutal way, McEvoy realizes he might be facing a criminal mind unlike any he’s ever encountered. Jack investigates–against the warnings of the police and his own editor–and makes a shocking discovery that connects the crime to other mysterious deaths across the country. Undetected by law enforcement, a vicious killer has been hunting women, using genetic data to select and stalk his targets. Uncovering the murkiest corners of the dark web, Jack races to find and protect the last source who can lead him to his quarry. But the killer has already chosen his next target, and he’s ready to strike. 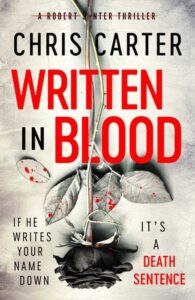 From the author of the Sunday Times number one bestseller Hunting Evil comes the next compulsive thriller in the Robert Hunter series. A serial killer will stop at nothing… The Killer His most valuable possession has been stolen. Now he must retrieve it, at any cost. The Girl Angela Wood wanted to teach the man a lesson. It was a bag, just like all the others. But when she opens it, the worst nightmare of her life begins. The Detective A journal ends up at Robert Hunter’s desk. It soon becomes clear that there is a serial killer on the loose. And if he can’t stop him in time, more people will die. If you have read it You must die Praise for Chris Carter ‘Punchy and fast paced’ Sunday Mirror ‘A gripping psychological thriller’ Breakaway ‘An insanely good crime series. Extraordinarily well written, high quality and high drama all the way’ Liz Loves Books ‘Carter has a background in criminal psychology and the killers at the centre of his novels are all the more terrifying for it’ Mail on Sunday, chosen for ‘If You Only Pack One’ ‘This is a chilling, compulsive portrait of a psychopath, and proves that Carter is now in the Jeffery Deaver class’ Daily Mail ‘There’s a touch of the Patricia Cornwell about Chris Carter’s plotting’ Mail on Sunday. 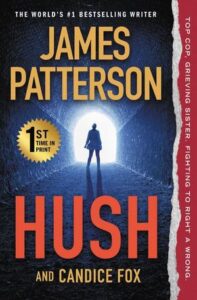 Top cop, devoted sister, and now Inmate 3329: even prison bars won’t stop Harriet Blue from seeking justice for the murder of her brother. Prison is a dangerous place for a former cop — as Harriet Blue is learning on a daily basis. So, following a fight for her life and a prison-wide lockdown, the last person she wants to see is Deputy Police Commissioner Joe Woods. The man who put her inside. But Woods is not there to gloat. His daughter Tonya and her two-year-old child have gone missing. He’s ready to offer Harriet a deal: find his family to buy her freedom . . . 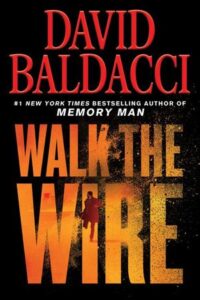 Amos Decker – the FBI consultant with a perfect memory – returns to solve a gruesome murder in a booming North Dakota oil town in the newest thriller in David Baldacci’s #1 New York Times bestselling Memory Man series. When Amos Decker and his FBI colleague Alex Jamison are called to London, North Dakota, they instantly sense that the thriving fracking town is ripe for trouble. The promise of a second gold rush has attracted an onslaught of newcomers all hoping for a windfall, and the community is growing faster than houses can be built. The sudden boom has also brought a slew of problems with it, including drugs, property crimes, prostitution — and now murder. Decker and Jamison are ordered to investigate the death of a young woman named Irene Cramer, whose body was expertly autopsied and then dumped in the open — which is only the beginning of the oddities surrounding the case. As Decker and Jamison dig into Irene’s life, they are shocked to discover that the woman who walked the streets by night as a prostitute was a teacher for a local religious sect by day — a sect operating on land once owned by a mysterious government facility that looms over the entire community. London is a town replete with ruthless business owners, shady government officials, and religious outsiders, all determined to keep their secrets from coming out. When other murders occur, Decker will need all of his extraordinary memory and detective skills, and the assistance of a surprising ally, to root out a killer and the forces behind Cramer’s death. . . before the boom town explodes. 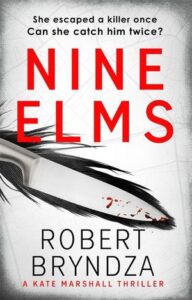 ‘The perfect book for Erika Foster fans. It has all the same vibes – but MORE. I actually think this is Robert Bryndza’s best book yet’ ‘A gripping read that I could not put down’ ‘What an absolutely stunning start to what promises to be a brilliant new series’  From the breakthrough international bestselling author of The Girl in the Ice, a breathtaking, page-turning novel about a disgraced female detective’s fight for redemption. And survival. Kate Marshall was a promising young police detective when she caught the notorious Nine Elms serial killer. But her greatest victory suddenly became a nightmare. Fifteen years after those catastrophic, career-ending events, a copycat killer has taken up the Nine Elms mantle, continuing the ghastly work of his idol. Enlisting her brilliant research assistant, Tristan Harper, Kate draws on her prodigious and long-neglected skills as an investigator to catch a new monster. But there’s much more than her reputation on the line: Kate was the original killer’s intended fifth victim . . . and his successor means to finish the job. 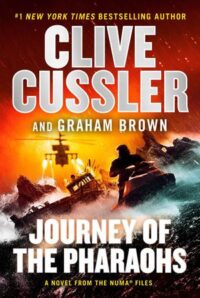 Kurt Austin and the NUMA crew risk everything to stop a cutthroat arms dealer from stealing a priceless ancient treasure in the thrilling new novel from the #1 New York Times-bestselling grand master of adventure. In 1074 B.C., vast treasures disappear from the tombs of Egyptian Pharaohs. In 1927, a daredevil American aviator vanishes on an attempted transcontinental flight. And in the present day, a fishing trawler–along with its mysterious cargo–sinks off the coast of Scotland. How are these three mysterious events connected? And, more importantly, what do they mean for Kurt Austin and his NUMA team? As they search for answers, the NUMA squad join the agents of the British MI5 to take on a wide-reaching international conspiracy. Their common enemy is the Bloodstone Group, a conglomerate of arms dealers and thieves attempting to steal ancient relics on both sides of the Atlantic. Kurt and his team soon find themselves wrapped up in a treacherous treasure hunt as they race to find the lost Egyptian riches. . . before they fall into the wrong hands. 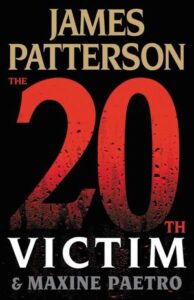 Sergeant Lindsay Boxer tackles an ambitious case that spans San Francisco, L.A., and Chicago in this pulse-pounding thriller of “smart characters” and “shocking twists” (Lisa Gardner, #1 New York Times bestselling author). Three victims, three bullets, three cities. The shooters’ aim is as fearsomely precise as their target selection. When Lindsay realizes that the fallen men and women excel in a lucrative, criminal activity, she leads the charge in the manhunt for the killers. As the casualty list expands, fear and fascination with this suspicious shooting gallery galvanizes the country. The victims were no angels, but are the shooters villains . . . or heroes?

IN ACCORDANCE with the directive of the Spanish Government, placing the country under a state of emergency, we regret to announce that ALL English Library activities are suspended until further notice. The library will not be open for the return or lending of books and DVDs etc., as previously announced.

We hope that all our members will stay safe during this very difficult and trying period.