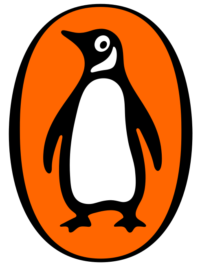 How many readers have no idea what this little chap represents? Not a lot. 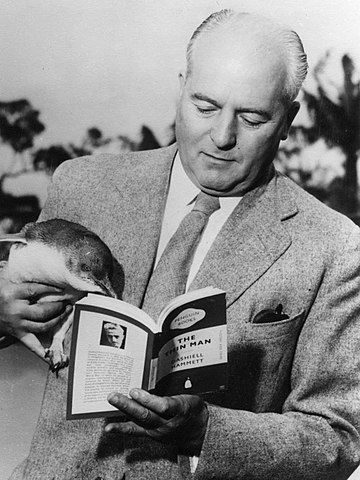 It was in 1935, when Allen Lane (pictured), the sales director of Bodley Head, a book publishing company that had lost its way, came up with the idea of publishing cheap books for 6d with a paperback cover. The idea was not original as, in 1932, a German publishing house in Hamburg, Albatross Books, had done this and with great success.

By the time that war broke out, apart from the trade name, Penguin, Lane had adopted many of the Albatross ideas, including the standard size, covers using typography and logo but no illustrations, and the use of colour coding by type of content.

There seemed to be a connection between Allen Lane and John Holroyd-Reece, a founder member of Albatross who, being non-Jewish did not fall foul of the Nazi party.

hen Kurt Enoch, another co-founder of Albatross Books, who was Jewish, had to flee to the USA to escape the Nazis he joined forces with Lane and created Penguin Books Inc.

Before the birth of Penguin, Lane had tried a similar idea of a 9d paperback series and had lost the company almost £9,000. His co-directors were understandably apprehensive about this new venture and they agreed to use the company name but insisted that Lane and his two brothers would have to finance the whole operation themselves.

Consequently a new company, Penguin Books, was formed and Bodley Head was sold off.

The last heart stopping deal that Lane made before the split was to publish James Joyce’s “Ulysses” in 1936. When T.S.Eliot at Faber turned down the chance to be the first English publisher, Lane jumped in, having agreed with the co-directors to be personally liable for any legal costs that might occur. Although in the 1920’s Ulysses had been burnt by the Customs officers at Folkestone, this time, legal action was not taken

However legal action was taken in 1960 in what was known world-wide as “The Lady Chatterley trial”. The world’s front pages were full of it during the six days trial. “Lady Chatterley’s Lover” had been self-published in Paris by D.H.Lawrence in the 1920’s and, once again, the Customs Officers at Folkestone kept a sharp eye open for anyone bringing a copy off the ferry. Lawrence had died in 1930. Thirty years later, in 1960, he became famous again. It was a fascinating trial. Allen Lane had taken another massive gamble.

A year earlier, in 1959 the Labour government had passed the Obscene Publications Act and this was a perfect opportunity for a test case.
As he had done with many famous authors, Lane decided to publish the full works of D H Lawrence which, naturally, included the banned Lady Chatterley’s Lover. He made this publically known, sat back and waited.

Penguin had printed 200,000 books waiting to be distributed; some reports said that they had already been distributed but were not yet put on sale. Whatever, this was a deliberate provocation by Lane which was accepted as such by the Public Prosecutor.
The proof that the book had been published by Penguin was performed by handing a single copy to Detective Inspector Charles Monahan of Scotland Yard.

An agreement was made between the Public Prosecutor and Penguin Books that it was the company, Penguin Books, which was being prosecuted and not individuals in that company. So no-one appeared in the dock

This decision also served to avoid individual booksellers being summonsed.

The prosecution represented the establishment as Mr Mervyn Griffith-Jones, a Senior Treasury Counsel, showed when he opened for the Crown and, turning to the jury, declared:-
“What the jurors must ask themselves was whether they would wish their wives or their servants to read such a book”.

It became a clear case of “us and them”. The defence had mustered a few distinguished writers to support Penguin, the prosecution, who were seriously over confident, had none.

After 3 hours deliberation, the jury at the Old Bailey decided that Lady Chatterley’s Lover was not obscene. 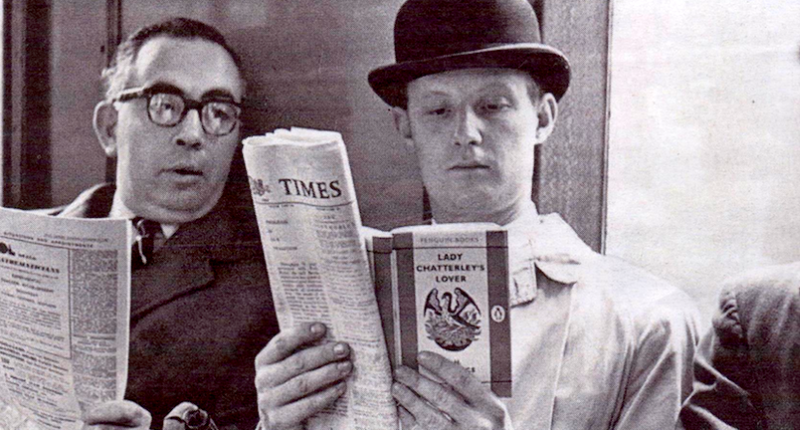 When asked for his thoughts about the verdict, Lane said, “I have always been an optimist and was not unduly worried.”
Within a year the British public had bought over 2 million paperback versions, Penguin having sold the entire print run of 200,000 within days at 3/6d each. Allen Lane died in 1970, a very rich man.